An Essay on New Consonant Music

Reasons for the collapse of Modernism

Xavier Barnich: Mr. Van Kerckhoven, thank you for having us. Could you introduce yourself in a few words and particularly tell us why you have expressed your passion for classical music in publishing? 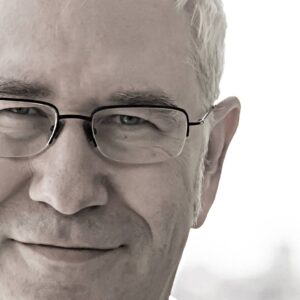 erckhoven: My passion for music and for publishing surprisingly converged at the time of a discrete technological breakthrough. In the 80’s, the first software came out that could transcribe musical scores. This may seem insignificant, but before that, scores were mainly engraved on copper plates in the traditional way or recopied by hand. This software offered music the same revolution that Gutenberg brought to written texts five centuries earlier. For me, as a young man working in communication, who was fascinated by music and enthusiastic about technology, this triggered the absolutely obvious idea of creating a musical publishing house.

XB: Could you explain to our readers what precisely is meant by New Consonant Music?

AVK: For many music lovers, contemporary classical music conjures up ideas of ping-pong balls bouncing on pianos, pieces only comprehensible to post-doctoral math students, a dentist appointment or a huge public subsidy swindle. And unfortunately, history bears them out: after World War II, musical creation was hijacked by a small group of people who gave into the modernistic temptation of turning away from the past and developing totally artificial compositional systems like serial music. Unfortunately, these composers gained the favour of the authorities… which meant enormous financial resources that enabled them to take up any space available for contemporary works.

Music is a language, and of course all languages evolve, but the effect of substituting an artificial revolution for a natural evolution was to empty the concert halls of all but a few musicologists, plus the master’s friends and disciples. For the first time, music-lovers were forced to look to the past, which they tended to overly idealise.

Fortunately, we are now reviving the fundamental tie between composers, performers and the audience. New Consonant Music is a movement that makes the issue of language secondary. The essential thing for us is to transmit an emotion – by any means: it doesn’t really matter whether the music is total, repetitive, hypercomplex, minimalist or polystylist. What does matter is that beauty has a chance to reach the audience without needing hours of prior explanation. We don’t want to be inventive at all costs. Our approach is resolutely post-modern.

XB: Postmodernism in art leaves room for the best and the worst. What aspects of New Consonant Music preclude the defects of postmodernism?

I think that the mistake of postmodernism is that it takes absolute relativism too far, so that every opinion is equal to all the others and every system of reference can be dismantled. The results can be disastrous in many branches of civilisation that rely on transmission of knowledge and skill.

The fact that music has no value as truth naturally protects it from this mistake, so we can take advantage of the liberating effects of post-modernism at no risk. We are even free to draw on tradition! We can take it all apart, so let’s do it fearlessly – like in Peter and the Wolf, “the garden gate is open”.

But watch out for the wolf: if there is no beauty, if you use that opportunity to mock the audience, you can expect to be heckled! The audience can innovate too, and there is no reason for listeners to applaud politely if you torture their ears throughout the entire concert. I am a true believer in merit, which means standing ovations or getting pelted with overripe vegetables.

XB: This is still a new movement, is there already a variety of compositions within it?

AVK: Actually, since the trend is not defined by a specific system of composing, we can see a lot of interesting things on the horizon. Geographically first of all, I see three poles: Belgium, the Ukraine and Brazil. Stylistically, New Consonant Music owes a lot to American minimalists like Steve Reich or John Adams who had a strong influence on the first works of the Belgian composer Michel Lysight.

On the other hand, the break up of the URSS liberated a spiritual, and even a mystical, religiously-inspired creation for composers like Arvo Pärt or Alfred Schnittke. (Requiems, for example, were forbidden in Brejnev’s day).

The use of the orchestra is changing with greater concern for spatialization, and also, in a subtle, sensitive way, by the adoption of computer techniques and at times non-Western instruments. Reference and reproduction of earlier works are used more frequently, and it is not exceptional to play with several styles the way we have played with several tones and rhythms for a long time now.

XB: A lasting artistic movement must also attract new artists. Does New Consonant Music have an attraction for young composers?

AVK: I would say there is strong gratification in the fact that listeners enjoy it, that concert halls are filling up and record sales are rising. Twenty years ago, contemporary music filled less than 1% of the shelves in record stores. Now we are close to 15%.

It makes perfect sense, after all. You know that Mozart was a contemporary composer during his lifetime and the audience came in droves to hear his operas. The idea that contemporary music is reserved for an elite or a bunch of snobs is one that began in the 60’s and is now dying out. This was just an unfortunate but short-lived episode in the history of music.

XB: Do you think that the desire of composers in this musical movement to draw on traditions of the past could include a rebirth of composition of religious music?

AVK: I have already mentioned Arvo Pärt and Alfred Schnittke who, with Stravinsky, no doubt created the greatest works in the 20th century. Of course, spirituality has always been a major factor of inspiration. I think simply that other forms may open up. Take Requiems for example. In the Christian tradition, this is a prayer for the souls of the deceased. But why can’t the text be modified? Even in liturgy, these texts have undergone several adaptations. The Dies Irae has been eliminated, for example (fortunately, we can still play Mozart’s in extenso!).

Composers should feel free to express their spirituality in the language that suits them. Concern with reaching the audience is a constraint. Restricting one’s self to senseless dogma is absurd.

XB: Do you think that artists, performers, musicians should have certain special qualities to apprehend these new creations that no doubt go past the strict framework of academic teaching?

AVK: I don’t think so: New Consonant Music has a simpler, more direct approach than the heirs of the Vienna School. A cautious attitude stemmed from the withdrawal caused by decades of modernism that we are now leaving behind. The only quality needed is to be willing to get past that.

To young performers who start to quake when they hear the word “contemporary”, I would say, take Apollinaire’s advice: make an effort to sympathise! Listen to Dominique Dupraz, Gilberto Mendes, Piotr Lachert, Michel Lysight.

Every prejudice you can rid of will open up a new world.